What You Need to Know About CBN for Sleep

What You Need to Know About CBN for Sleep 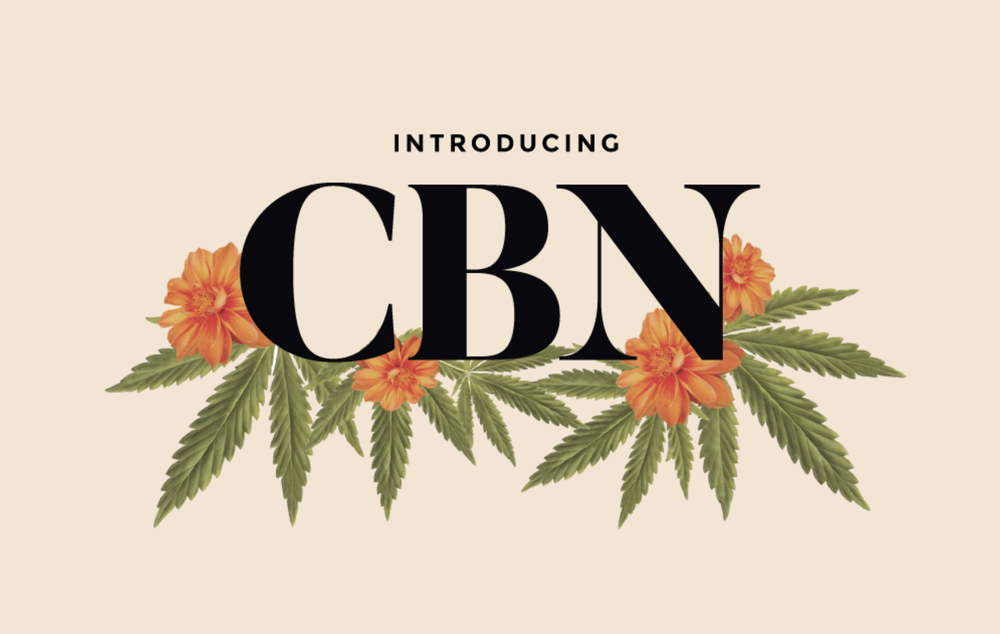 At this stage in the medical and recreational cannabis legalization, use, and research we have all become familiar with cannabinoids THC, CBD, and even Delta 8 THC. Now we begin to look at some of the minor cannabinoids beginning with sleeps greatest confidant Cannabinol (CBN).

So, what is CBN and how does it work?

What are the benefits of CBN?

Cannabinol (CBN) has recently been given a nod for its sedative effects, helping you fall asleep faster. CBN is essentially aged THCa, or in other terms the chemicals left after the flower oxidizes and ages.  As cannabis ages and turns into CBN the sedative terpenes, which are heavier more stable compounds stick around as the more energizing terpenes which are lighter dissipate much faster. Only one (well cited) human study was performed as far back as 1975, but this study was problematic with its results as it showed CBN was responsible for some sedation, but not without the presence of THC. There have been virtually no studies since the original research in 1975, about CBN’s ability to act alone as a sedative, however, the more recent research points to CBN as a successful sedative with the presence of not only THC but other compounds found in cannabis when growing in nature. Lending way for the cannabis plant to be used in its most natural form, utilizing the entourage effect, where cannabinoids, terpenoids and flavonoids work in concert to maximize the power of the plant to make its effects stronger. The entourage effect has been attributed with absorbing more fully and extending the processing time of the bodies endocannabinoid system (ECS), hence making the plant’s power much stronger. CBN aids in the decrease of blood pressure in the early stages of sleep, helping you drift off faster. CBD helps to reduce the pain, stress, depression and anxiety. These factors help relax the mind from racing and potentially help you fall asleep easier and faster.  THC does have a role in sedation, also aiding in blood pressure reduction but more importantly, has been shown to improve breathing throughout the entire sleep cycle, allowing the brain to process more oxygen during slumber and reducing the chances of obstructive sleep apnea. Then cue linalool a lavender scented terpene that helps increase adenosine (sedating hormone), while fellow terpene limonene helps to elevate the serotonin, which also helps reduce depression levels. Finally, myrcene adds to the sedative properties and also reducing inflammation, summing up the synergy necessary for quality sleep thanks to the entourage effect kick started by CBN.

“Sleep is the golden chain that binds health and our bodies together.” -Anonymous

CBN may also serve as a neuroprotectant, one that is quite powerful. Researchers used CBN as a treatment, in a rodent study, for ALS and discovered it was able to delay the onset of the condition. While human studies have yet to take place with ALS in particular, but this news is suggestive that CBN may have a crucial role in the fight against ALS and other neurodegenerative conditions.

In previous years, we have always attributed reduction in inflammation to CBD and THC, but a 2009 study on cannabinoids novel anti-inflammatory drugs identified CBN a possible treatment inflammatory disorders such as allergic asthma, and autoimmune diseases. In the same realm research has also shown that CBN can reduce the inflammation that causes intraocular pressure in those with glaucoma.

In addition to playing a role in reducing inflammation, CBN has been identified as a potential pain killer. CBN does take a different approach, in this effect than THC and CBD. It is considered a weak partial antagonist on the CB1 receptor, meaning it does bind directly to the receptor but induces a much lesser effect than a full agonist (THC or CBD). In this case CBN has been shown to produce merely 10% of the activity of THC, so its role in pain relief looks very different. Rather than soothing the pain by way of CB1 and CB2 receptors CBN releases peptides from sensory nerves, activating an alternative nerve mechanism to achieve pain relief.

CBN is beginning to check the majority of medicinal boxes, pain relieving, reducing inflammation, helpful with sleep, but it is not done yet.  It has been promising in stimulating bone marrow growth. Some studies have shown that CBN gathers and then modulates stem cells, making it the ideal cannabinoinoid for creating new bone tissue and healing bone fracture or breaks from injury.

While research regarding CBN and its benefits to those who use it have yet to become mainstream or regularly done, cannabinoids never disappoint and CBN is no different. With its amplitude of benefits and very little negative effects to mention it is only a matter of time that we begin to see studies take place with humans that truly highlight the power of the cannabis plant and all its power.

Must be 18+ to purchase. By continuing, you certify that you are at least 18 years of age. Dismiss